Born into a family of painters known as a child and he loved painting and was influenced by painters of his family but especially by his father Master Efren Medina. His first art school was in his own home in the studio of his father, who mostly has learned what he knows about painting.

At the age of 15 he entered the School of Fine Arts in Managua, where he studied two years, he sold his...

What security measures does Artelista take?

How do I make the payment?

See all the artworks

Born into a family of painters known as a child and he loved painting and was influenced by painters of his family but especially by his father Master Efren Medina. His first art school was in his own home in the studio of his father, who mostly has learned what he knows about painting.

At the age of 15 he entered the School of Fine Arts in Managua, where he studied two years, he sold his first painting at age 16.

At 17 he traveled to Guatemala to study theology, which also loves like art. Three years later returned home to resume his dream of becoming a painter.

Today is devoted to painting, has already made several exhibitions of his works with much success, which have begun to transcend the borders of Nicaragua.

CRITICISM OF THE WORK OF MEDINA CAMILO

Camilo Medina, a young painter born in Managua in 1984, son of Efren Medina, inherited from his father the substantive sense of color, thick impasto, the organization of space in painting stripes.

Medina has studied theology in Guatemala, bringing its intention transcendent art, abundant still life draw attention not only by the structure compositvia but the slides that you can see them, their oranges, lemons and apples beside his bottles translucent reminiscent of classical tradition and the suggestion of lit walls like a dramatic esceneraio.

His nudes are grouped around him in a kind of wild set, as in the mouth or in the paint totally free of Ernesto Cuadra Cape, with its festive air and Dionysian.

One of the most powerful attention in this exhibit novel Medina (son of tiger striped leaves, as the saying popular) which will certainly enrich the newest Plastic in our country, is the interesting inner structure of his compositions, his visceral warp. Even at first glance we can see how to operate the composite procedure, the fabric of his paintings, something like your guts, its roof, its formal approaches, in a building held by a breath, a rapid pulse of the body, swell pictorial emotion itself, the boiling magma of pure color where there are no plans, no schedules, no issues but only the very rhythm of the stroke, the fingers and a spatula.

Fill in the following form to order a work for this artist. If you want some type of concrete work, you can include your budget and give as many details as possible.

At this time it is not possible to send the message

We use our own cookies to offer a comfortable browsing experience on our website and third parties to show you advertising related to your preferences according to your browsing. If you continue browsing we consider that you accept the use of cookies. More information >


In the event that you change your mind or, simply, the artwork do not convince you after receiving your order, you have a return/change period of 14 days without additional costs, starting the day after the reception of the order.


To proceed with a change or a return, follow the steps below:


When you purchase art at Artelista, you have at your disposal thousands of artworks by artists from around the world, from up to 170 different countries, , and we don't want the delivery costs to be a problem when you want to enjoy the best art. The price shown at the artwork page is its final price, without surprises. Additionally, for your tranquility, the artwork is insured with the company Allianz Insurances during shipping, so we will handle everything if, unfortunately, the artwork is damaged before being delivered.


The estimated delivery time for Artelista fine art prints is 5-7 working days, whereas in the case of original artworks, it would vary depending on the origin country. Once the artist notifies us the artwork is ready for shipment, the delivery will be in the following 24-72 hours, These delivery times may be altered by custom clearance events, especially when the origin country of the artwork belongs to a different cross-national agreement (EU,NAFTA,etc.). here. Shipments from Argentina, Colombia or Cuba need of a special authorization for the exportation of artworks, so it is important to have this into account when calculating the delivery date.


Bear in mind we are dealing with works of art, so they may be in an exhibition (actually, this is awesome!). Those artworks which are in an exhibition are usually displayed as “non-available”. In case the artwork has been put up for sale, take into account the artist would have to manage with the organization of the exhibition the return of the artwork in order to be able to realize the shipment. 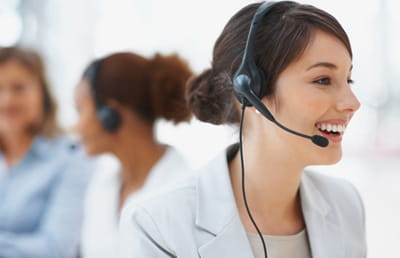 
We are dealing with works of art, a unique and exclusive product, and we want you to feel this way too, therefore, our main objective is to offer a personalized and close customer service. We are at your disposal at all times. If you have any concern, doubts about your order or for whatever reason you need you contact us

Currently is not possible to make prints shipments outside Spain. We're working to re-offer the service as soon as possible.

We apologise about the inconvenience